On Sunday, 17/04/2016 ten-year-old child from Mandera with a large tumour on the neck was airlifted to Wilson Airport, Nairobi through a partnership between AMREF Flying Doctors, National Hospital Insurance Fund (NHIF) and the Kenyatta National Referral Hospital.

The tumour was noticed 9 months ago as a small bump. The child had been in and out of the poorly equipped Mandera District Hospital and was for 45 days being treated for Tuberculosis – with no improvement.

Unable to manage the condition the hospital discharged the child with a recommendation for specialised care in Nairobi.

To get to Nairobi for the much-need medical attention Master Abdi would normally travel by road – over 1,000 kilometres to be covered in one-full-day. However, even this was beyond the family’s financial capability.

Abdi is a third born in a family of 10 children. The father is chronically ill with Diabetes and is partially blind. The family largely depends on well-wishers and the odd jobs done by the mother.

The team took off from Wilson Airport on 17/04/16 at 0805 Hrs. After three hours twenty minutes of flying Team landed in Mandera airstrip where young Abdi was delivered aboard a NHIF double cabin pickup accompanied by the mother, a good neighbour and NHIF staff from Mandera County.

Due to the pain and inability to eat Abdi had turned severely malnourished and dehydrated. A canulla was fixed and random blood sugar done. The mass on the neck was covered with a head scuff. The mass was opened noted to be leaking some haemo-serous fluid and was redressed with sterile gauzes.

On arrival at Kenya National Hospital, Master Abdi was admitted in ward 9A as a direct admission where he immediately started to receive special treatment

“I am humbled to be part of the AFD team that gave two young lives a renewed hope in live”, Festus Njuguna, Flight Nurse at AMREF Flying Doctors. 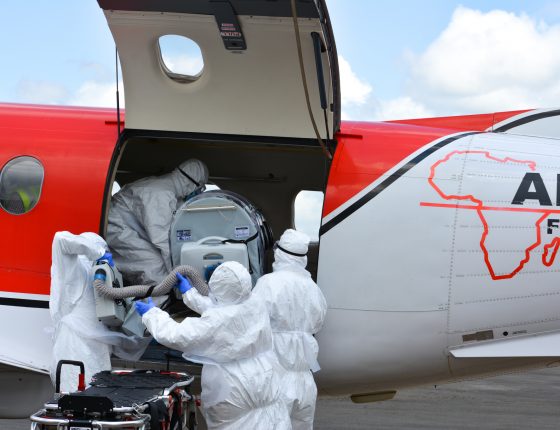 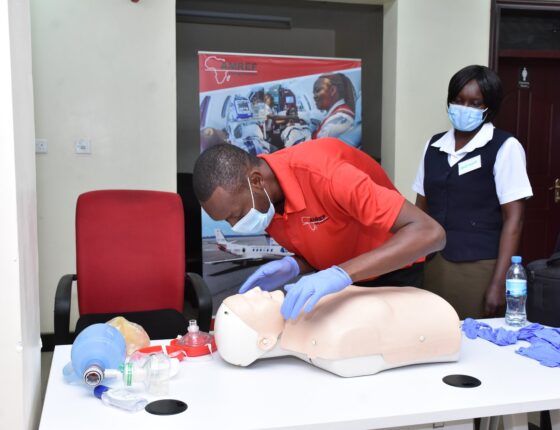 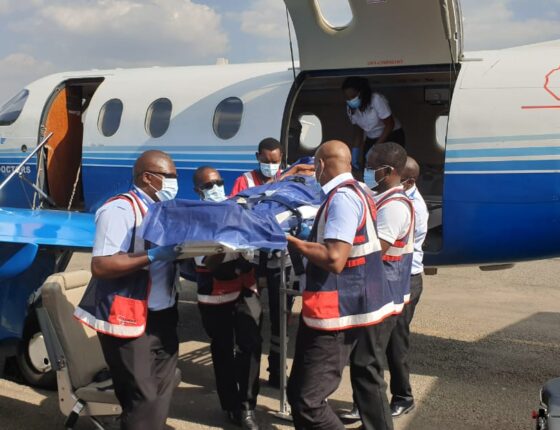 We use cookies to ensure that we give you the best experience. If you continue to use this site we will assume that you are happy with it.Ok