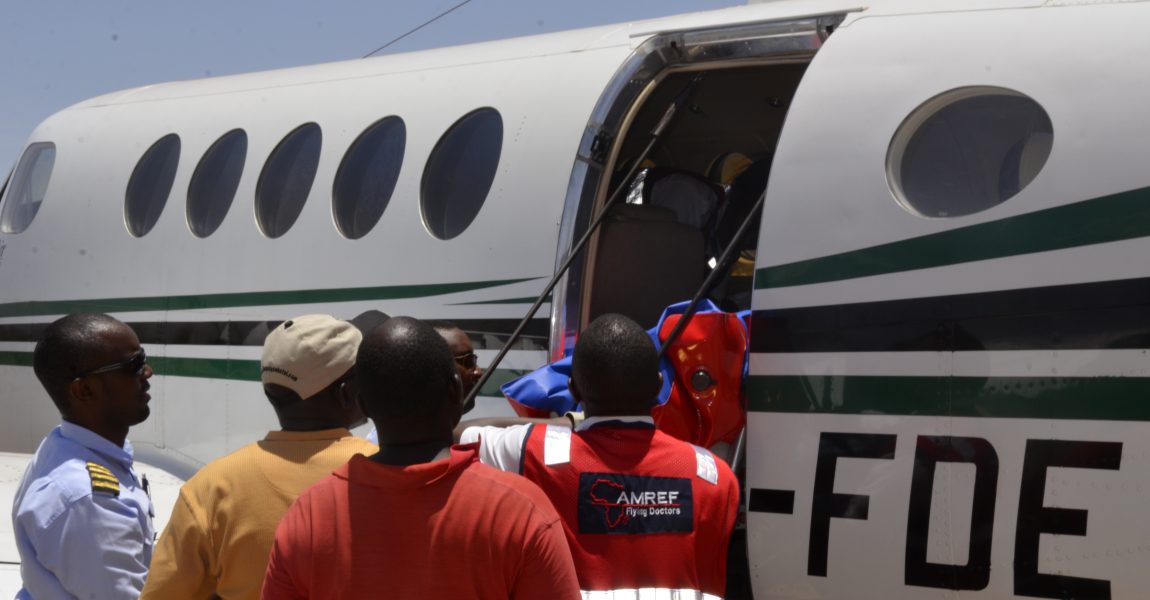 On the morning of 25th August 2016, the AMREF Flying Doctors Control Centre received a distressed call from the medical officer in charge of Mandera Referral Hospital requesting urgent emergency aero medical evacuation of a patient.

The medical condition of the young mother was well beyond the capacity of staff at Mandera Referral Hospital to handle.

The patient, Halima 35 year old woman had developed renal failure 14 days after delivery, prompting her relatives to take her to the Hospital. The woman needed urgent dialysis as she had acute kidney Injury.

On admission, she had complains of dizziness, strain in breathing. After the medical checkup, it was revealed she had renal failure and was anemic. The hospital had to transfuse 2 pints of blood to keep her alive.

AMREF Flying Doctors team arrived to the relief of both relatives and the local medical staff who had done all they could within their set up. The patient was brought to the airstrip in a pickup truck – the makeshift ambulance for this community.

Halima was extremely emaciated, conscious but weak; she was stabilized and soon after lifted into the aircraft. The medical staff put her on a life support machine as she was very weak.

The team was soon airborne back to Nairobi and continued to monitor the vital signs of the patient.

At 1800 hours, the team landed at Wilson airport. The patient was taken to Kenyatta National Hospital by our Advanced Life support ground ambulance, where she was admitted.