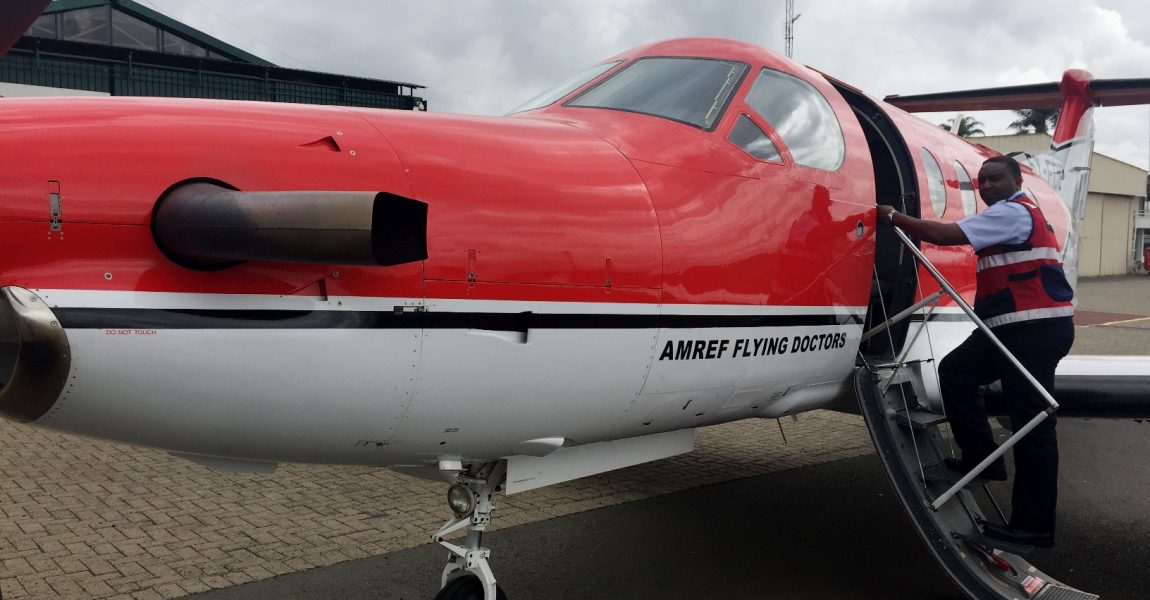 AMREF Flying Doctors latest addition to the fleet, the Pilatus PC12 officially took off on its maiden flight on 29th Nov 2016.

Its first mission was to evacuate a patient under the AMREF Flying Doctors MAISHA cover, from Juba South Sudan to Nairobi Kenya.

This patient had acute abdominal complication and had been referred to a hospital in Nairobi for specialized treatment.

After all operational requirements, including landing and over flight clearances were in place, the PC-12 call sign Flydoc02 took off from Wilson Airport at 1100hrs local time.

The PC12 is a single engine pressurised aircraft operating at higher altitudes and cruising speed, yet with capability to access unmanned airstrips shorter than 800m.

As demonstrated by its maiden flight the PC-12 is an added value to the AFD fleet, improving our ability to respond faster and further to medical emergencies.