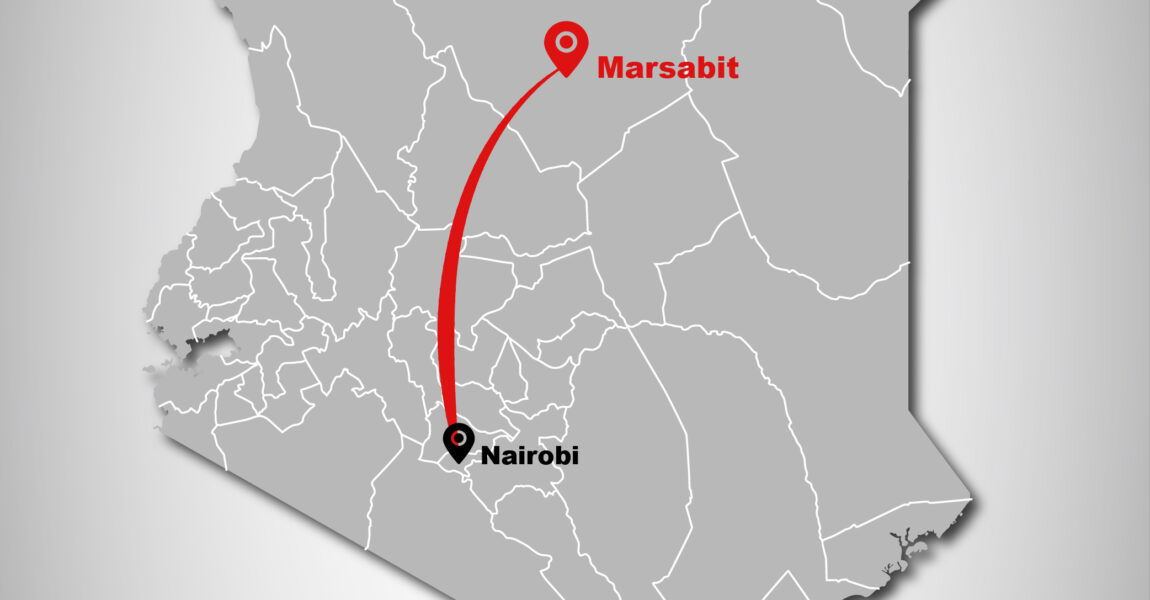 Charity Evacuations require a rapid response and the provision of the high-level medical care that has become the cornerstone of AMREF Flying Doctors’ services.

At 1340 hours on Monday 8th March 2022, the AMREF Flying Doctors’ Emergency and Control Centre received a from Marsabit requesting an urgent emergency aeromedical evacuation of two patients suffering from gunshot wounds following an attack on three PSV vehicles near Marsabit town along the Marsabit-Moyale Highway. Marsabit is a semi-arid region in northern Kenya, bordering Ethiopia to the north.  Medical facilities are sparsely populated and inadequately equipped.

To provide the critically ill patient with the degree of care they required, they needed to be medically evacuated from the location to a hospital with necessary resources and medical professionals. The two casualties’ cases were evaluated, and the decision was made to evacuate them from Marsabit to Nairobi.

The call conveyed that casualties sustained gunshot wounds, with bullets still lodged on their bodies. In most cases, every gunshot wound represents a serious injury, especially in an ill-equipped medical facility. As a result, a crew was immediately assembled and wheeled up at 1603 hours.

AMREF Flying Doctors quickly began coordinating the emergency evacuation to ensure the patients were transported safely to the treating hospital in Nairobi for specialised care. While our medical personnel reviewed the patients’ medical records in preparation for flight, the coordinator coordinated the patients’ hospitalization at the receiving hospital.

In one hours’ time, the team had safely landed in Marsabit airstrip. The team began assembling the equipment on the ground as they waited for the ambulance, which arrived later than expected.  Finally, the injured were brought to the airstrip in an ambulance. They were stabilised and were safely & securely aboard the air ambulance.

They were all stable enough to fly to Nairobi for specialised treatment.  Take-off time was 1850 hrs preceding a smooth one-hour flight, after which we landed in Nairobi at 19:55 hrs.  They were taken to the treating hospital by the Advanced Life Support Ground Ambulance.

Throughout the entire mission, AMREF Flying Doctors’ highest priorities were keeping the patient comfortable and maintaining constant communication with all parties involved, including the patients’ families. Thanks to this coordinated effort, the team planned and executed this emergency evacuation, bringing the patient successfully to life-saving care.

We use cookies to ensure that we give you the best experience. If you continue to use this site we will assume that you are happy with it.Ok