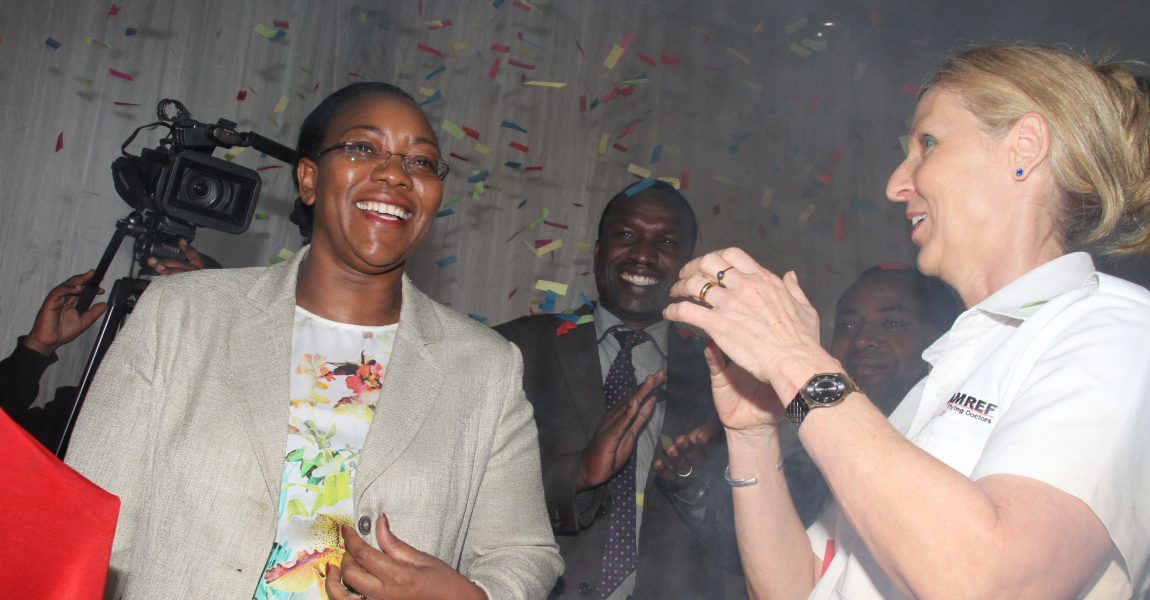 At Ksh 2500/= the New Maisha Scratch Card System will initially be available for Maisha Bronzelevel,  targeting  Kenya only – with the possibility of expanding to other AMREF Flying Doctors products in the future.

“AMREF Flying Doctors is proud to open this new channel of subscribing to medical evacuation cover”, says Dr Bettina Vadera, Chief Executive and Medical Director, AMREF Flying Doctors, “The scratch card will make it quick and easy for people to obtain air ambulance cover and we hope to achieve better reach of Maisha in the Kenyan market. Funds from this new system will bring additional support to Amref Health Africa in its mission to bring lasting health change to remote Kenyan communities and help us to provide more evacuations on charity basis”.

Upon purchasing the Scratch Card, the process of enrollment is either through a USSD Code, *490#, or via the new Amref Flydoc Mobile Application which was launched simultaneously with the Maisha Scratch Card System.

The Maisha Mobile Application will not only provide a channel for subscription but also offer medical advice, health tips and other useful health related aids.

The launch ceremony was held at the AMREF Flying Doctors hangar at the Wilson Airport in Nairobi and presided over by the Cabinet Secretary, Ministry of Public Service, Youth and Gender Affairs Sicily Kariuki.

During the Maisha Scratch card launch ceremony, AMREF Flying Doctors also unveiled a new aircraft to strengthen the growing demand of its air evacuation services in the region. AMREF Flying Doctors has invested US$ 2,100,000 in their new Pilatus PC-12 aircraft in line with their vision to expand and optimise the aircraft fleet to best serve their needs.

The new aircraft joins a fleet of other turbine and jet-engine aircraft used by AMREF Flying Doctors to deliver their medical evacuation services regionally and internationally.

Maisha, the region’s first air ambulance subscription scheme that links the member directly to the service, is AMREF Flying Doctors flagship. Maisha was launched 4 years ago and is available at different levels for individuals, families, small groups, corporates and the tourism industry at large.