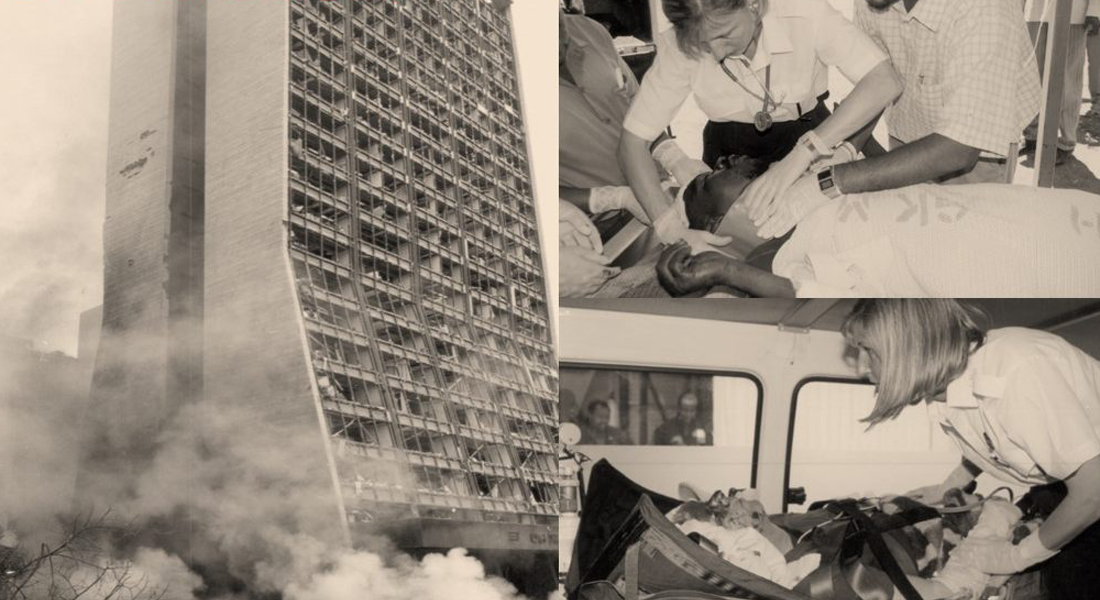 Twenty years ago, two cities in East Africa fell victim to one of the worst acts of terrorism in recent times. The American Embassies in Nairobi and Dar es Salaam were simultaneously attached and many people lost their lives and many more left injured.

In Nairobi, the hours following the blast put immense pressure on the country’s first responders, healthcare workers, security agents and scores of volunteers who joined the rescue operation.

AMREF Flying Doctors stepped up very easily in the aftermath of the attack initially providing ambulance transfers for critically injured to nearby hospitals. Dr. Bettina Vadera (currently, Chief Executive & Medical Director) was then deployed together with another 14 Doctors assembled by Amref Health Africa to support different hospitals in Nairobi that were overwhelmed by the influx of the injured casualties.

An appeal for blood donation was launched and Amref’s laboratory was quickly converted into a donation centre. In just three days, the makeshift donation centre received blood from at least 300 donors.

AMREF Flying Doctors Staff was also helping in save & rescue efforts. In the days to follow, the whole Amref Laboratory staff continued to offer any support to the disaster management team.

AMREF Flying Doctors stands with the families and friends of the 213 individuals who lost their lives on the fateful day and the 2,000 victims who got badly injured – some of who have not recovered to date.

AMREF Flying Doctors appreciates and compliments all emergency services and volunteers for their support offered on that challenging day. We are glad to have been part of this effort. We also remain humbled by the Certificate of Appreciation from the President of Kenya in recognition of our role as one of the organisations that had been at the forefront in helping Kenyans in a moment of National crisis.