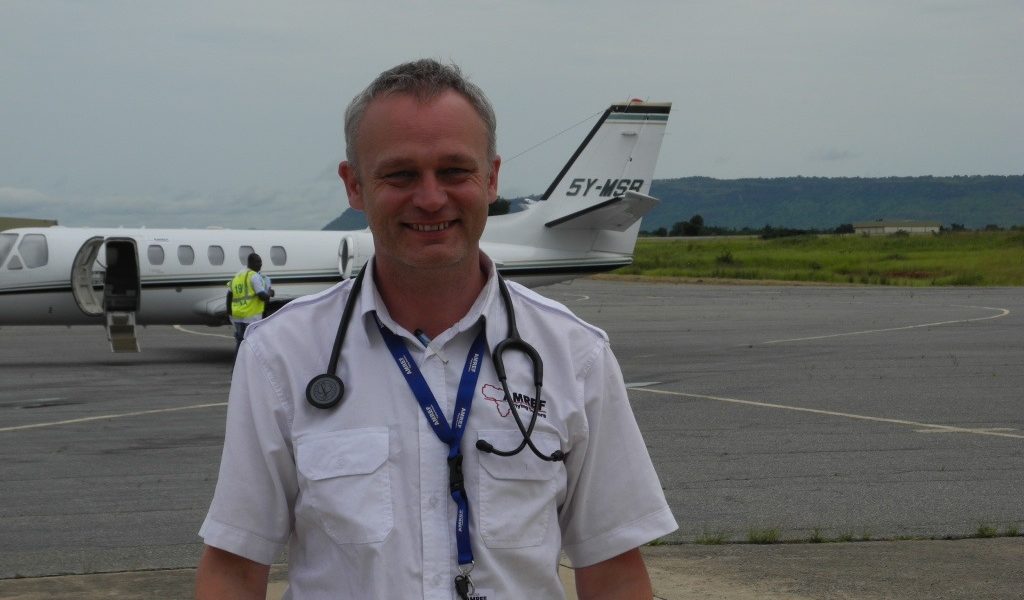 It was great to finally return to East Africa after months of hammering the locum shifts. I’m here in Kenya for 10 weeks, primarily to volunteer for AMREF Flying Doctors; more on that later. The never-ending locums before coming out were to pay the mortgage while I’m away… travel is not quite as care-free as it used to be when I was a student, it seems.

AMREF (African Medical Research Foundation) is a large NGO based in Nairobi which provides a range of health initiatives across Africa. They were originally founded back in the 50’s by 3 western doctors and have since won many awards. The Flying Doctors Service is based at Wilson Airport in Nairobi and will be my home until November.

We provide aeromedical evacuation services across East Africa and beyond, with transfers to the modern hospitals in Nairobi or occasionally, repatriations across the world. We run a combination of flights funded by an insurance scheme (in the region of $20US per year for local people, more for foreigners) and charity flights for Kenyans who cannot afford to pay. Any surplus from the insurance scheme is put back into AMREF’s public health work. I am the medical cover here for 8 weeks and will, in theory, be on-call 24/7 for that time. If there are concurrent flights (or on the occasions when I might need some sleep!) then local doctors are employed as locums, but this is very expensive for the organisation.

I needed a short holiday before starting work and really made the most of my couple of weeks off… the first for a long time. On a trip to the Maasai Mara National Reserve, I saw some of the annual migration of the 1.5 million wildebeest and took an incredible hot air balloon ride.. drifting 500 feet above the savannah at dawn, gazing down on a herd of elephants was an experience I’ll never forget. After the Maasai Mara, I did some mountain biking through Hells Gate National Park in the company of giraffe and zebra. I’ve spent the last few days on the Indian Ocean coast enjoying the diamond white beaches and snorkelling in the clear blue sea.

Yesterday (01/09) was my first day here at AMREF. I was picked up from the Wildebeest Eco Camp; which is a great place and my Nairobi base for the last 2 weeks, at 9am. Amazingly, I was in the air, zooming through the clouds above central Kenya by 10.15! The Beechcraft 200, one of AMREF’s medium-range aircraft had enough room for, in addition to our medical kit, 2 pilots, the AMREF employed Kenyan nurse and myself. We were heading for Juba, the capital of the world’s newest independent state – South Sudan. All we knew of what to expect at the other end was ‘a 67 year old patient, fluctuating conscious level, possibly unconscious).

South Sudan gained its independence from Sudan last summer, following the ‘end’ of Africa’s longest running civil war. It remains one of the poorest countries in the world. Most of the population are subsistence farmers and have a difficult life, contending with regular drought and shortages of basic care. Sudan’s chief export is oil and 75% of the reserves lie in South Sudan. However, the oil pipelines all run north and conflict on this issue persists.

Flying over the East African plains towards South Sudan, I felt totally elated… it felt like the culmination of 12 years of work. I had decided to study medicine at the age of 27 while cycling around South Asia. Now here I was.. I am a Flying Doctor in Africa – and I knew I had to deal with whatever awaited me in 2 hours time. I felt nervous, but mostly just excited about the challenges ahead.

We had quickly checked all of the kit before departure and did so again now. We skimmed over the Blue Nile before touching down at Juma airport, two and half hours after leaving Nairobi. An ambulance arrived on the apron but unfortunately they were expecting us to deliver them a patient! Welcome to African healthcare.

Eventually a second ambulance arrived, this time with our patient. It turns out (as is often the case) that the triage information was totally misleading. The patient was fully conscious but suffering from acute liver failure. I carried out my initial assessment, gained intravenous access and took some blood for analysis. We moved him with some difficulty into the aircraft, commenced some IV fluid and pain relief. Full monitoring was attached and my blood sample analysed. We took off again, needing to give oxygen for the drop in air pressure and monitored the patient closely. In the end, it was a fairly uneventful transfer and we got him safely to the High Dependency Unit at one of Nairobi’s hospitals.

I am staying in a small house near the airport and went back there to unpack my things, eat and get some sleep. Today is Sunday and all is quiet so far… I feel privileged to be here and I’m very much looking forwards to what the next 8 weeks has in store…

Thanks for taking the time to read this – hope you enjoyed it, there’ll be more to come..

PS if you are interested in donating to AMREF  Flying Doctors or just want to find out more: http://www.flydoc.org/