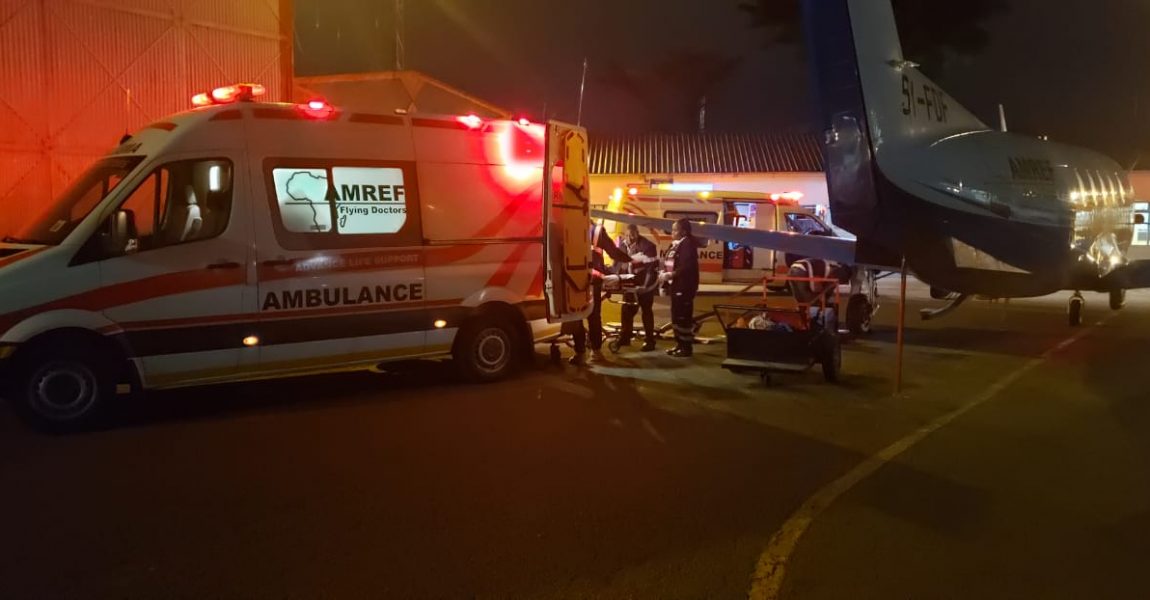 The three included two boys (16 and 14) and a girl (6) all of who sustained severe gunshot wounds following a bandit attack at Furole in Marsabit – on the border with Ethiopia. Their medical condition was dire and beyond the capacity of the local medical facility thus requiring specialised care only available in Nairobi. The three patients were therefore referred to Kenyatta National Hospital which is the largest referral hospital in East Africa.

Relatives of the minors could not afford the cost of a crucial medevac to Nairobi and road transport was not an option due to their condition and the long distance to Nairobi on unpaved roads.

The team touched down Kalacha Airstrip in Marsabit at 18h50. At the airstrip, there was a quick transfer of the patient’s relevant medical records to the AMREF Flying Doctors’ medical team. The three patients were barely conscious with very weak pulse. They were stabilized and immediately loaded onto the aircraft. They were all put on a life support machine. The team was soon airborne back to Nairobi and continued to monitor the vital signs of the patients.

Charity evacuations such as these are carried out free of charge. AMREF Flying Doctors is extremely appreciative of all those across the globe who fundraise for us so we can keep doing what we do best – saving lives.

AMREF Flying Doctors was founded on the principle of providing critical medical assistance to patients – mostly in remote parts of Eastern Africa – who are unable to afford it.  AMREF Flying Doctors is extremely appreciative of members of the community across the globe who continuously raise funds in support of the charity evacuation programme, so we can keep doing what we do best – saving lives, irrespective of who is who.

This evacuation was carried out at a cost of US$ 9,000