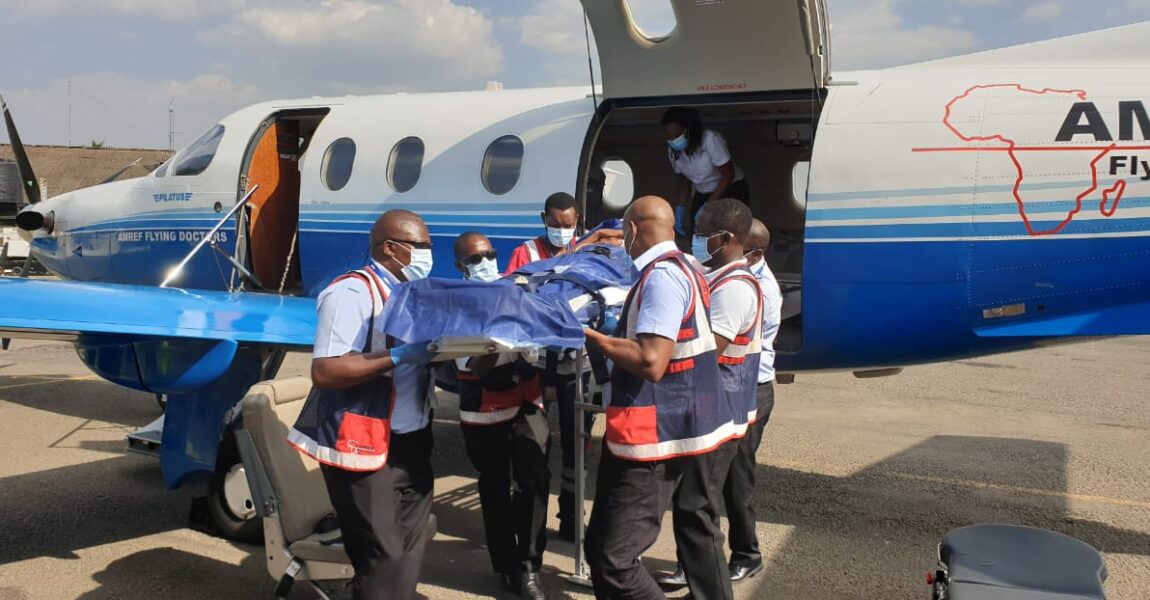 AMREF Flying Doctors, the leading Air Ambulance service provider in Africa,  evacuated one of the survivors of the Tuesday,  6th October 2020, bus attack by suspected Al Shabaab militia between Elwak and Kotulo area in Mandera County.

The patient, 18-year-old Form-Four male student (who was travelling to go prepare for exams) sustained serious injuries and has a bullet lodged in his head and requires urgent neurosurgery in Nairobi. He has been admitted at the Nairobi South Hospital after well-wishers intervened and raised money to pay for his hospitalization.

Abdiweli was initially admitted at the Elwak Hospital alongside other 5 critically injured passengers and later transferred to the Mandera County Hospital. Unable to cope with the specialised medical attention required by the patient, the Mandera District Hospital – through the Mandera County Government – requested AMREF Flying Doctors to assist with the evacuation of the patient to the Kenyatta National Referral Hospital for the necessary specialised treatment.

AMREF Flying Doctors regularly carries out charity evacuation missions targeting patients in serious medical conditions but who are not able to afford the cost of crucial air transfer to Nairobi for specialised medical attention.

These charity evacuation services includes regular missions undertaken on behalf of the Government of Kenya through The Kenya National Disaster Operation Centre (NDOC). This evacuation was done at a cost of US$.10,160.00