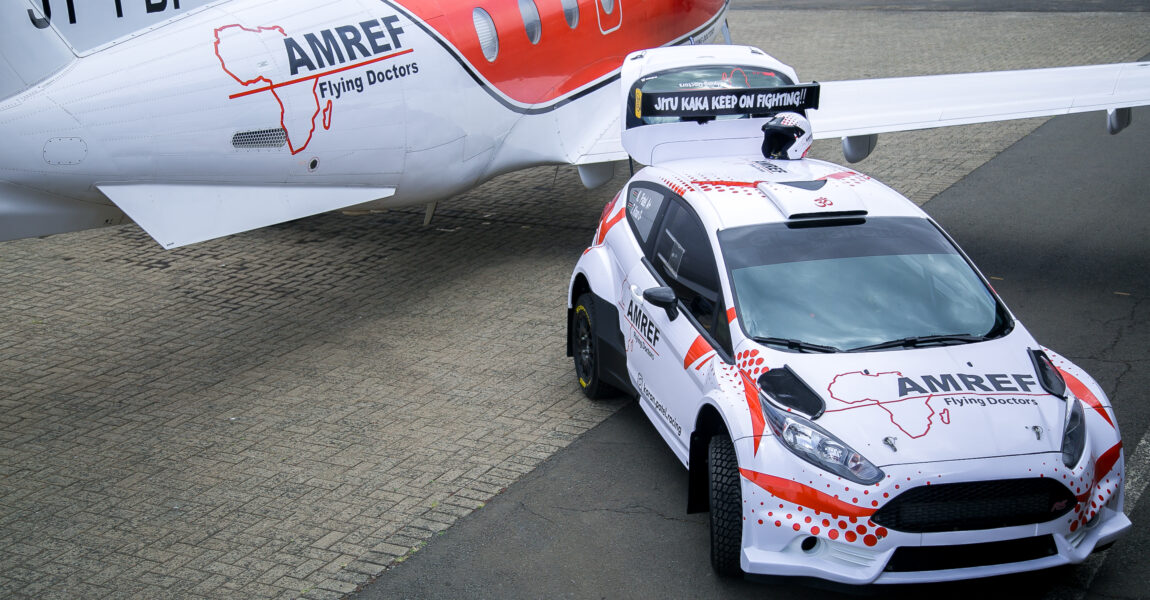 The FIA World Rally Championship (WRC) returned to Kenya after a 19-year hiatus from the continent, giving Kenyans a nostalgic experience in the country’s first major international sports competition since the beginning of the Covid-19 pandemic.

The event presented AMREF Flying Doctors an opportunity to sponsor the event and get the visibility from over billions of people worldwide. Being a unifier and fascination to people around the globe, representing motorsport passion and technological innovation, AMREF Flying Doctors saw it worthwhile to support a young and vibrant team.

The sponsorship offered to car No. 27, was not only a means of branding platform for our product and service offerings, but also a means to support the youth by giving them a platform to highlight their talent and excel.

Karan Patel the driver and his navigator Tauseef Khan drove a Ford Fiesta R5, a car that made its competitive début in 2013 and has competed in the World Rally Championship-2, European Rally Championship and various national competitions since then.

Being a medical service provider, we were proud to support such a young and vibrant team to fly our flag in the World Rally Championship (WRC). The team made AMREF proud specially for emerging in the eighth position in the overall WRC Safari Rally and the second best nationally.