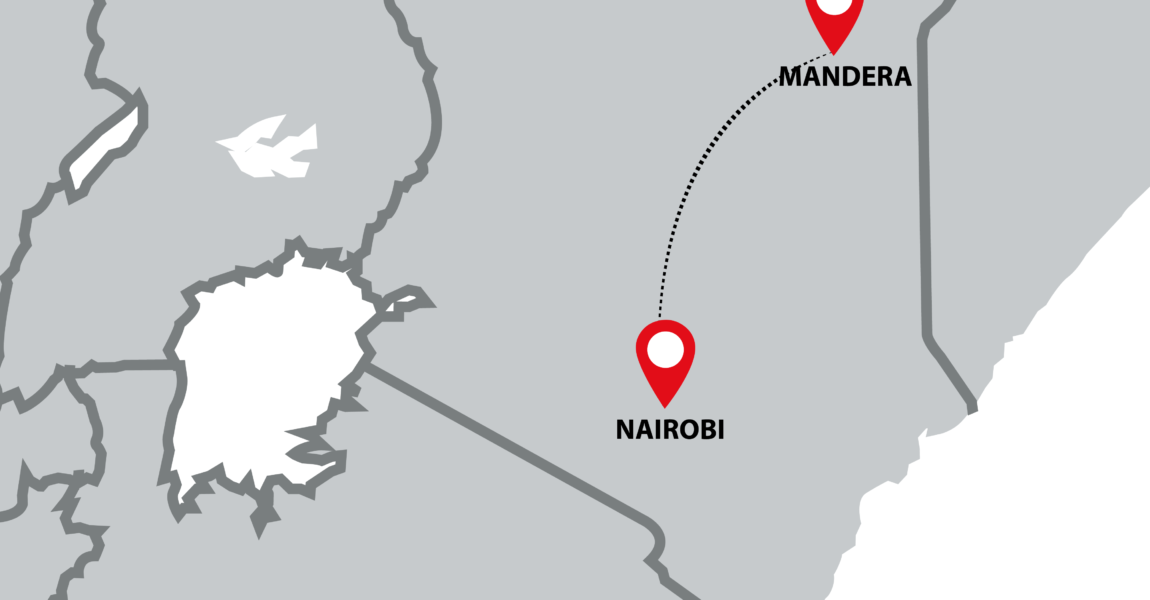 AMREF Flying Doctors invests in the evacuation of patients in Kenya who need urgent medical attention but cannot afford it, such as those involved in road traffic accidents, pregnancy & birth complications, inter-tribal wars, among others. We also conduct regular missions on behalf of the Government of Kenya through the Kenya National Disaster Operation Centre (NDOC).

These charity missions are carried out under exceptional circumstances in partnership with the county government, rural medical facilities, Kenyatta National Hospital (Kenya’s largest referral hospital), and other private medical institutions. Over its years of existence, this humanitarian project has seen tremendous impact in various communities, which is evident in the number of charity missions completed.

In emergency situations, AMREF Flying Doctors is usually contacted by good Samaritans, hospitals in remote areas with critical patients, or County government officials. The medical team then critically reviews the request taking into account the patient’s condition and the availability of a receiving hospital to treat the patient. This information is then relayed to management for the evacuation to be approved on a charity basis.

After approval, the medical team proceeds to create a case file containing all pertinent patient information. They ensure that the medical supplies necessary to deal with any complications that may arise due to the patient’s condition, are on hand. The Flight Operations team, their aeromedical counterpart, oversees the clearance of the mission, the aircraft required, the landing location, and the security measures that must be in place before dispatching the flight. They also collaborate with the local community to conduct a physical inspection of the landing area prior to take-off.

When the medical team arrives at the scene, they typically receive a case brief from the medical team on the ground attending to the patient before stabilizing them for the flight. While onboard, they keep track of any additional signs and symptoms the patient exhibits by performing regular checkups.

Once in Nairobi, the patient(s) is received by the AMREF Flying Doctors’ Advanced Life Support Ground Ambulance at Wilson Airport and taken to the agreed hospital. In most charity evacuations, patients are transferred to Kenya’s largest referral hospital for high-quality medical care.

At the stroke of noon on March 24, 2021, AMREF Flying Doctors received a distress call requesting an urgent airlift of patients from Koromey village, Mandera County. This came after at least five people were killed and several others injured when an Improvised Explosive Device (IED) struck their bus.

Mandera is an arid region in the North-Eastern part of Kenya, bordering Somalia and Ethiopia, and it is a frequent target of terrorist attacks. Despite the catastrophic effects of climate change and insecurity, it is one of the counties in Kenya making good strides towards achieving the Sustainable Development Goals (SDGs).

The patients and other seriously wounded passengers were taken to Mandera County Hospital shortly after the incident and admitted. Their medical condition was dire and beyond the capacity of their medical facility, necessitating specialized care in Nairobi. In collaboration with the Mandera County Government, the Mandera District Hospital requested AMREF Flying Doctors to assist with the patients’ evacuation.

The AMREF Flying Doctors management, led by the Medical Director, then convened a virtual meeting with Mandera County officials and the health care facility to discuss the logistics and possibilities for a successful transfer. AMREF Flying Doctors agreed to cover the entire cost of the evacuations, which averaged around USD 10,000 per mission.

It was 2:00 p.m. when the team agreed that the four patients would be transferred using our Pilatus PC-12 5YFDF and 5YFDP aircraft. The aircraft fitted with double stretcher systems and capable of short take-offs & landings on bush airstrips, were the best suited to the environment.

Soon after the medical team confirmed the availability of a receiving hospital, they started assembling all of the medical supplies needed to handle any complications that could have arisen as a result of the patients’ condition. On the other hand, the flight operations team collaborated with Mandera County officials, who conducted a physical inspection of the landing location and required security measures for the team.

With all preparations in place, the first plane took off at 2:40 p.m., followed by the second plane 20 minutes later. Our aircraft arrived two hours late at the Mandera airstrip, which is only operational during the day, where they converged with two ground ambulances from Mandera County Hospital.

The patients suffered from spinal injuries, severe chest and limb pains, and one with a deep cut on the forehead. The medical team then began stabilizing the patients for flight and compiling the patients’ medical reports with the assistance of the medical team at Mandera. Unfortunately, one of the patients succumbed as a result of the injuries sustained. After approximately one-and-a-half hours on the ground, the team managed to take off just before dark.

While in-flight, our medical team took precautionary measures to ensure the three patients’ stability while maintaining air to ground communication with our Operations and Emergency Center.

The first plane arrived at Wilson Airport at about 8:30 p.m. The Advanced Life Support Ground Ambulance was on standby to safely transfer the three patients to Kenyatta National Hospital, where they were admitted successfully and are still receiving treatment.